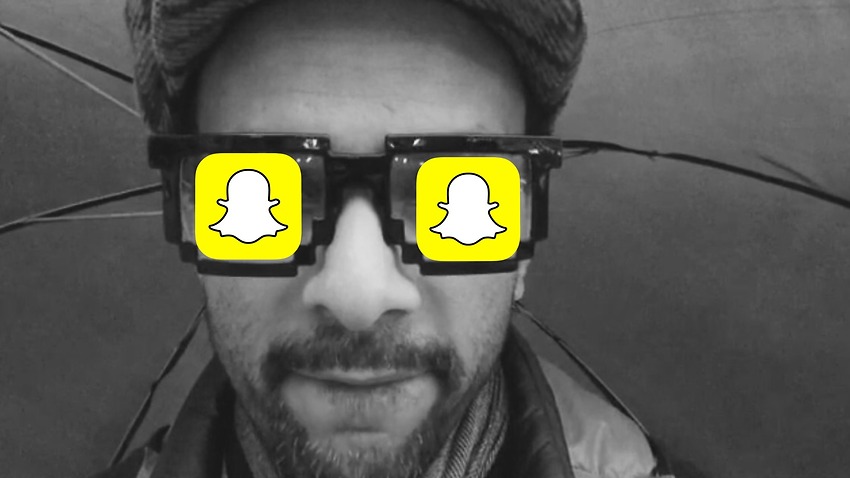 Snapchat. Where do we begin? Well let’s assume you've tried it. You have tried it haven't you? You thought 'what the hell is this?' Its too complicated right! And you gave up. Well I'm going to try and change your mind.

Why? Because its currently the fastest growing social media platform that already boasts 150 million daily active users and billions of monthly video views. According to a recent industry report 22% of marketers have stated they're going to spend more resource on Snapchat 2017. It is clearly already a serious marketing channel.  So…do you want to be on the right side of Snapchat history?

I've produced a 5min video (with subtitles) with my thoughts, or if you prefer you can listen on soundcloud or read the rest of this article below...take your pick! :)

Mobile First & Only
Snapchat is an awesomely creative platform for individuals and crucially for brands. Why is that the case? Because it allows you the opportunity to share video and visual stories with your audience in a way that no other platform can. Its authentic, it's meaningful, it’s context-driven, it's geotagged and its only available on mobile. There is no desktop version of it.  It's all mobile. It's not like almost all the other social media platforms that started life on desktop and then transition to mobile. And with an increasing amount of internet activity taking place on mobile this is really something brands would take note of.

Ok so Snapchat is on the up. But who using it?
13-25 yearly in the main but guess what? It’s ageing up…fast! Its what happens with successful social media platforms; they age up! Where did Facebook begin? In college but it aged up, right? And now our everyone is using it.  Snapchat is headed in the same direction…rapidly!

Yeah but its not a serious marketing channel right?
Wrong! There are a lot of myths around Snapchat. There is this age old thing about sexting, that is an immature product, that its only for teens. Lets deal with these issues; sexting? If thats what people want to do they’ll find a way to do it on any platform. Nothing that makes Snapchat standout in this regard. Immature product? If thats what you believe then you probably haven’t tried it recently.  For example it embodies a chat feature that is best described as Whatsapp, Skype and Messenger all rolled into one that will most likely emerge as a key CRM communication tool for brands, it provides for an authentic experience that showcases the human side to your business and you have a great degree of control over your brand message.

I’m still not clear about what Snapchat is and why people use it...
Just consider Snapchat as a private communication network; only those people you give permission to are able to see your content. But in Snapchat’s case it offers people the ability to communicate through visual language rather than text. So in the same way that the older demographic text each other the younger demographic snap each other. Those snaps provide compelling visual stories. Make sense?

Ok I get it. So what are the ways in which brands and businesses can communicate with people?
In short you can communicate 1-2-1 or 1-2-many through features such as ‘chat’ and ‘stories’ but your snaps are (currently) never ‘public’.  What this means is that you will need to build an audience that chooses to follow your account for them to be able to experience your snaps.  Theres zero chance of spamming anyone or broadcasting your message.  Its forces you to build relationships…and thats a good thing.

Should I just wait to get on the Snapchat train?
If I said you should you have been an early adopter on Twitter and build yourself a presence what would you say? You'd say ‘well yes thats obvious!’. Well thats where we are with Snapchat; its growing fast but it still hasn’t ‘popped’ yet. So if you are convinced that Snapchat is going to become a mainstream platforms then listen up; first and foremost you need to understand how to use it…now!

The only question that you need to ask yourself right now before you put in the time and the effort in to actually create these stories and get to know the app is this; is it worth the time and the effort? You’ve got two options; 'wait and see' or 'get started'.  Waiting is what most of you will do because you want be sure Snapchat is here to stay. But that would be a mistake IMO. Snapchat is popular right now and growing but its not crowded like so many other ‘mature’ platforms.  That represents an opportunity to get a head start.

Snapchat is going places. You don't need to take my word for it; smarter and better informed people than me are predicting that Snapchat will be mainstream over the next 12 to 18 months in the same way that Twitter, Facebook, Instagram, LinkedIn are now well established platforms.

Got any Snapchat business tactics you could share?
Something you could consider are Snapchat On-Demand Geofilters.

Geofilters are creative graphical overlays that brands design and submit to Snapchat to appear at a specific physical location for set amount of time.  Geofilters essentially offers you the opportunity to place your brand in front of your target audience and for them to be able to share it.

Now I'm totally confused!
Let’s use an example; lets say you own a juice bar close to a university and  want to make build relationships and brand awareness amongst students on campus.  As they are all using Snapchat it would be a good idea to place a well designed  geofilter that appears within the boundaries of campus during freshers week.  Students would then have the option to use your geofilter when creating their snaps and sharing them with their private snapchat network.  You would pay Snapchat for the privilege but it currently relatively cheap and under utilised so for those who know opportunity knocks!

There's so much more to say about Snapchat in short blog post.  As a video storyteller I can hand on heart say that it is my favourite social media platform. Whenever we run training sessions for organizations there is always the 'Aha!' moment when the penny drops and people get it and can identify all of the possibilities.

My advice? Get your marketing team together and get started. Play around with the app, get to grips with the interface and the features and learn how to tell compelling video stories and find your brand voice!